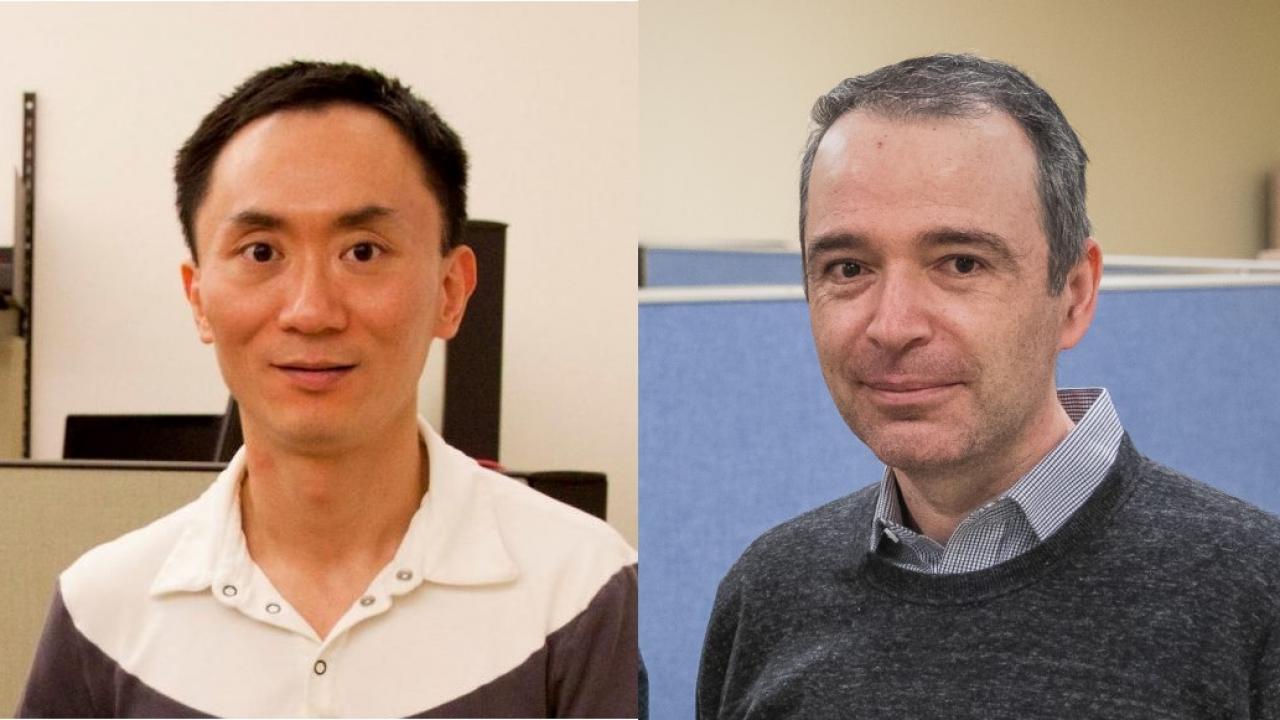 Computer science professors Hao Chen and Vladimir Filkov were named Distinguished Members of the Association for Computing Machinery (ACM) for their outstanding scientific contributions to the field of computing. Distinguished membership recognizes the top 10% of ACM members with at least 15 years of experience as role models who have gone above and beyond in their service to the field through research, teaching, leadership and/or service.

Chen and Filkov were among 64 researchers worldwide who were honored this year. They become the first computer science faculty members to receive the honor and the third and fourth in the College of Engineering, joining electrical and computer engineering professors John Owens and Chen-Nee Chuah.

Filkov is a data scientist known for his interdisciplinary work in software engineering, computational social network science and plant genomics. In the past, his group has tackled problems of social organization and communication in software development teams, systems biology and gene networks in plants and producing analytics from large data sets.

He is the co-director of the Davis Excellent/Eclectic/Extreme Computational Analytics Laboratory (DECAL)—one of the top software engineering labs in the U.S.—and the director of Translational Data Science at the UC Davis DataLab. His work has been funded by the National Science Foundation (NSF), the U.S. Department of Agriculture, the Air Force Office of Scientific Research (AFOSR) and the U.S. Forest Service. He joined UC Davis in 2002 after receiving his Ph.D. in computer science from Stony Brook University.

“I am honored to be among such a distinguished group of scientists and researchers,” said Filkov. “To me, this is a recognition of my interdisciplinary approaches in computer science, which emphasize empirical approaches and data analysis.”

Chen is a cybersecurity expert who specializes in applying machine learning (ML) to computer security and program analysis. He is especially interested in using ML tools to aid in software security, and fuzzing, a technique to test the security of the ML algorithms themselves. His lab is also involved in ML explainability—the process getting the algorithm to explain how it made a decision.

Chen holds seven U.S. patents, is an NSF CAREER Award winner and a recipient of the UC Davis College of Engineering Outstanding Faculty Award. His research has been funded by the NSF, AFOSR, U.S. Army Research Laboratory, Intel and Microsoft. He received his Ph.D. in computer science from UC Berkeley and joined UC Davis in 2004.

"This honor recognizes not only my research contributions but also my department and college, which have fostered my growth throughout my professional career," said Chen.

ACM is the world’s largest scientific and educational international computing society. It brings together computing educators, researchers and professionals worldwide to inspire dialogue and share resources to address the field’s challenges.

All College of Engineering News