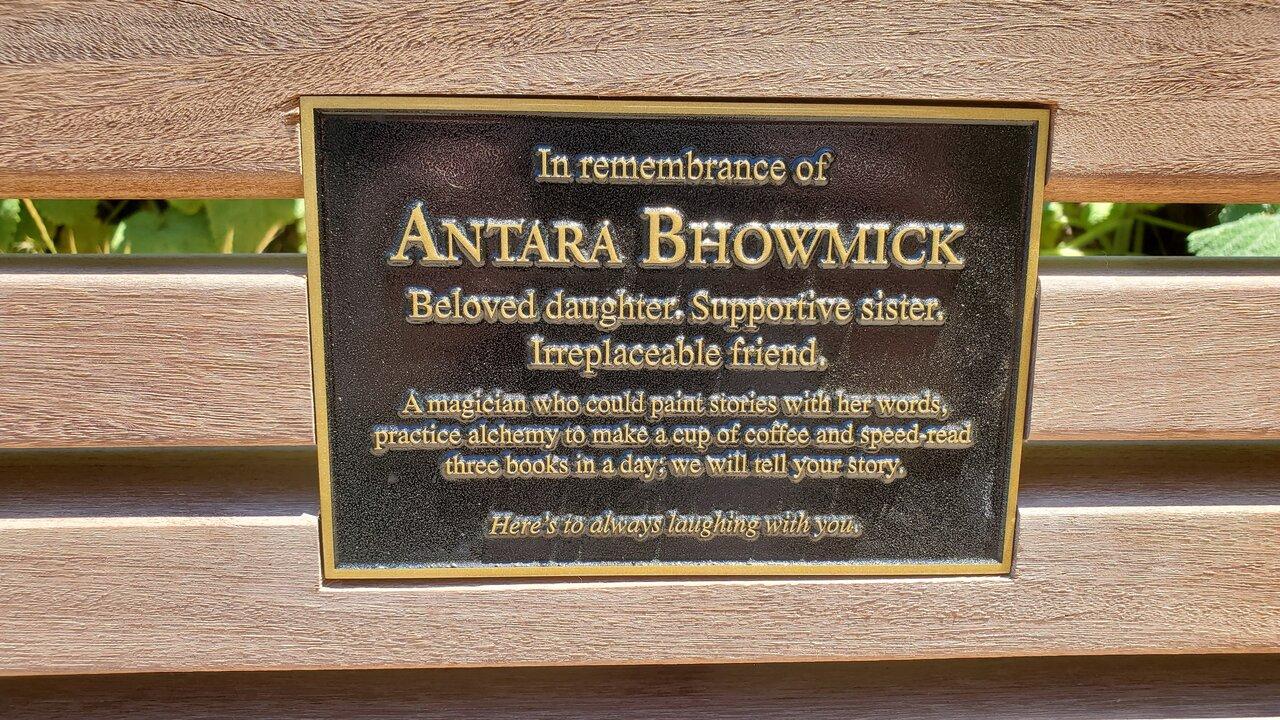 A bench tile in the UC Davis Arboretum was dedicated this spring in honor of Antara Bhowmick ‘19, a computer science (CS) M.S. alumna who passed away in September 2019.

Bhowmick is remembered as a dedicated student, teaching assistant and researcher and loyal friend who maintained a tight-knit social group at UC Davis. As the group mourned her loss, CS professor and graduate group chair Dipak Ghosal approached them about the possibility of setting up a dedication in the arboretum.

Shreenath Iyer ’19, one of Bhowmick’s closest friends, thought it was a great idea. He remembers Bhowmick always spending time on campus, either studying or socializing, and how she helped build the unique group of friends they shared. Many of their friends were international students who built a community none of them would have had without their time at Davis.

“Without Davis, none of us would have met each other,” said Iyer.

Over the following year, he worked with Bhowmick’s family and friends, as well as representatives from the UC Davis Arboretum, to set up a fund for donations in her memory. They finally reached their goal in late 2020 and the bench was officially dedicated in March 2021.

Iyer now lives and works in Seattle, but he looks forward to the opportunity to return to campus to see the bench in person and reconnect with his community.

“We will all leave Davis, but the bench will still stand,” he said. “We wanted it to be a symbol of friendship and the little family we built here.”