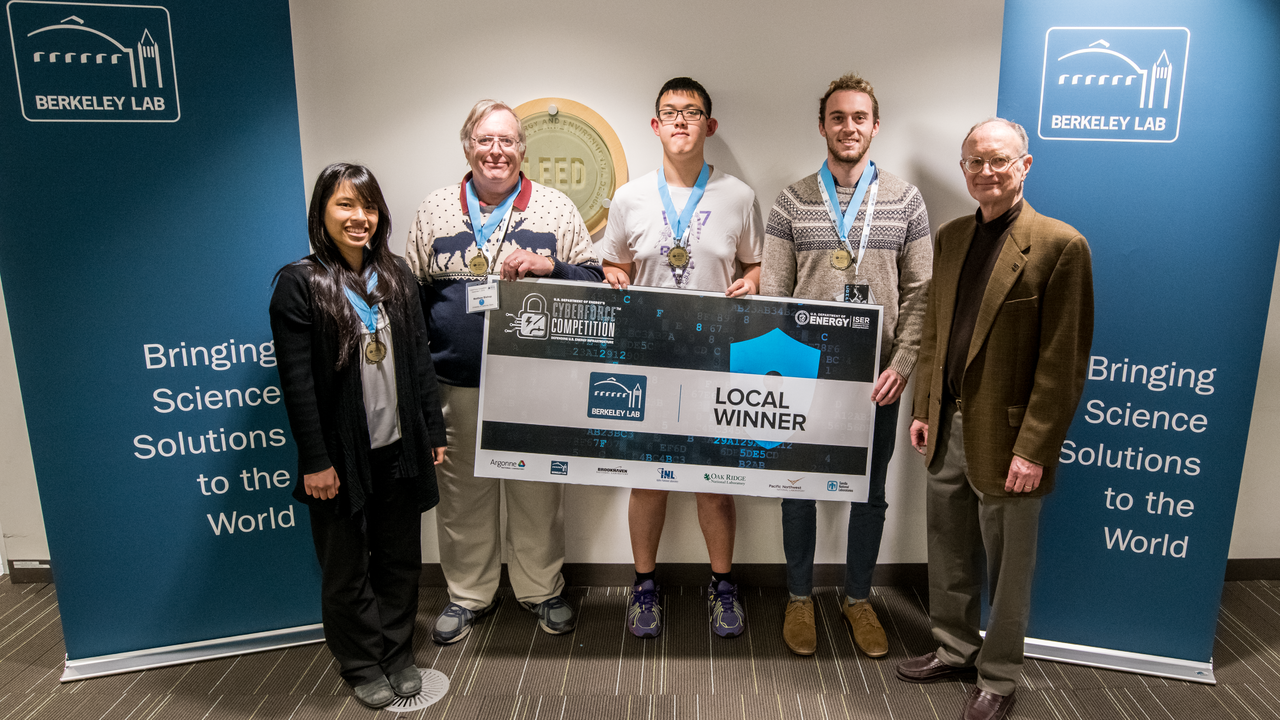 As stories of data breaches and malware attacks make headline news, students at UC Davis have taken it upon themselves to become cybersecurity experts to protect themselves online. The Cybersecurity Club at UC Davis (CSC) is a community for anyone interested in cybersecurity to learn, network and hone their skills to prepare themselves for a field that’s increasingly important to the world’s security.

CSC was founded in fall 2017 by Shannon Chee, an animal science major turned computer scientist, and computer science major Jake Stebbins. Chee became interested in cybersecurity, but found that there was only one course offered for undergraduates in the field. She met Stebbins and the course’s instructor, Professor Matt Bishop, and with his support, the two founded the club to empower students interested in cybersecurity.

“I formed the club as a way to learn more about cybersecurity and to give people the chance to explore different career paths,” said Chee. “Software engineering and development are really cool, but there’s so much more to computer science.”

The club offers workshops, guest speakers and weekly meetings for all members of the UC Davis community who are interested in cybersecurity.

Kevin Rong, a third-year computer science and engineering major, is the club’s workshop coordinator. He creates laboratory environments that members attack or defend as they learn different systems, find vulnerabilities and refine their skills. In some workshops, he will create different systems for each user so he can guide them through compromising the system from start to finish.

“I try to make workshops as hands-on as possible, which means creating vulnerable servers for people to attack,” he said. “It’s a lot of fun and I’ve gained a lot of systems administration experience.”

Guest speakers include cybersecurity experts from campus, government and industry who have spoken on a range of topics including cyberlaw, network security, careers in cybersecurity and data anonymization in tech companies like Lyft and Twitter.

“This industry is going to be big and we’re going to need a multitude of people,” said vice president and third-year computer science and engineering major Victor Hu. “If you like the technical side of things or if you just want to be able to network, look into our club.”

The club puts its training into action at Capture the Flag competitions (CTFs) across the region. CTFs come in two forms. One is Jeopardy-style, where teams solve security challenges and/or exploit systems to collect points based on difficulty. The other is attack/defense-style, where one team tries to defend a system from attackers, who are usually professional penetration (pen) testers. Defending teams simulate all parts of the system defense process in a competitive environment, including writing reports once the mission is over.

“Learning how people attack systems is much more beneficial than learning how to secure them,” said Chee, “because if you can think like an attacker, it’s clearer how to defend.”

CSC has made waves in the local CTF circuit, placing fifth in the National Cyber League’s fall 2018 postseason, first in the BSidesPDX competition in Portland in 2018 and, most notably, being named the number one local team at the Department of Energy’s CyberForce Competition in December 2018.

“I get a lot of insight into how these systems work through these competitions,” said Rong. “That’s really valuable because it helps me design better workshops.”

“The students are excellent, not just in winning various competitions, but also in recruiting new members and educating them on applied, practical cybersecurity problems, techniques and solutions,” said Professor Matt Bishop.

Toward a Prosperous New Year

In its two-year existence, CSC has caught the eye of the FBI, who have presented to the club two years in a row, and the media company The Intercept, whose director of information security Micah Lee is a CSC community member.

“I’ve had a lot of fun with the Cybersecurity Club,” said Lee. “Their events are great, I like meeting fellow hacker nerds and it’s great to have a team to play CTF contests with.”

In the upcoming school year, CSC hopes to build on its success and expand on its capabilities.

The club will put Chee’s vision of more undergraduate curriculum in action in winter 2020 by creating and leading their own official Department of Computer Science elective, ECS 189.

Led by Rong and Hu, the course is designed as a standalone lab to complement ECS 153, the undergraduate cybersecurity course. Rong will create sample competition systems to give students hands-on experience applying the theoretical concepts taught in ECS 153. The course will help students brush up their skills as the club recruits and builds a well-rounded CTF team to improve upon their success.

“Kevin really likes teaching people and he does a great job with it,” said Hu. “If you have the interest and you’re willing to learn, we’re willing to teach you.”

In addition, the club will continue offering weekly workshops and events and participate in multiple CTF competitions, as they look to defend their title at the DOE CyberForce competition this November. Above all, CSC hopes to continue to build a community of cybersecurity enthusiasts capable of protecting their organizations, their loved ones and themselves online.

“I want to make a difference in the world somehow and I believe that protecting those who cannot or do not know how to defend themselves is a noble endeavor,” said Chee.