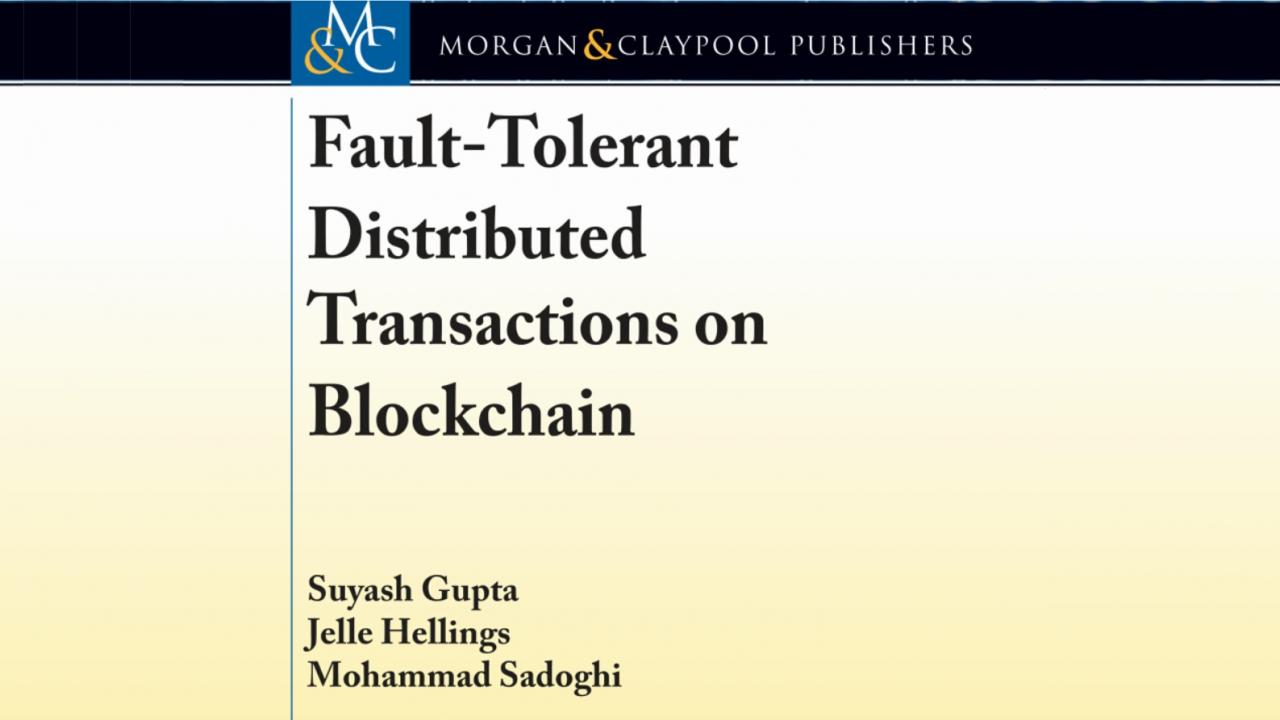 Computer science assistant professor Mohammad Sadoghi, Ph.D. student Suyash Gupta and postdoctoral scholar Jelle Hellings from the ExpoLab recently published one of the first comprehensive textbooks on blockchain, titled Fault-Tolerant Distributed Transactions on Blockchain. The product of two years of work in the ExpoLab, the book outlines the core concepts behind blockchain for a broad audience to help more people understand and get involved in the new and potentially revolutionary field.

Blockchain is best known as the foundation of cryptocurrencies and non-fungible tokens (NFTs), but it has been applied to everything from medical records to real estate to supply chains.

The platform is a distributed ledger computing system that’s decentralized and democratic, meaning that every user has a copy of the information, or a ledger, and changes to the ledger require a majority of users to agree on the change. This makes blockchain potentially more trustworthy, secure and resilient to attacks than centralized systems where one entity owns the data.

Though the concept has been around since the 1980s, insights developed by researchers over the years about how the system works in different cases have been either lost or scattered across the literature, which creates a barrier for getting into the field. Gupta, Hellings and Sadoghi thought the best way to remedy this was by collecting all this information in a book.

“We’re trying demystify this new, emerging area,” said Sadoghi. “There’s a lot of hype around blockchain, but there wasn’t an authoritative textbook on this topic that goes in-depth and explain the core, fundamental consensus protocols, such as describing how to computationally reach this consensus and to become a building block and the basis for developing computational trust.”

Since being published in February 2021 by Morgan and Claypool, the book has already been adopted by courses at UC Davis and UC San Diego. Sadoghi hopes that the book can inspire more people to get involved and develop the promising field even further,

“We hope that by sharing our knowledge and insights, we can excite and inspire new researchers and students to join this field, facilitate their journey toward their goals and help spread and expand this knowledge,” he said.

Learn more about the book.